Reaching The Age of Adolescence

Question 1.
What is the term used for secretions of endocrine glands responsible for changes taking place in the body

Answer:
The period of life, when the body undergoes changes, leading to reproductive maturity, is called adolescence. The period of adolescence is normally 11 years to 19 years.

Question 3.
What is menstruation? Explain.

Answer:
In females, the ova or eggs begin to mature with the onset of puberty (10 to 12 years of age) one egg get matured and is released by one of the ovaries once in about 28 to 30 days. During this period, the wall of the uterus becomes thick so as to receive the fertilized egg. In case it is fertilized, it begins to develop. This results in pregnancy. If the fertilization fails to take place, the ovum or the released egg and the thickened lining of the uterus along with its blood vessels are shed off. This causes bleeding in women. This is called menstruation. It occurs once in 28 to 30 days.

Question 4.
List changes in the body that take place at puberty.

Answer:
The changes take place differently in the body of boys and girls at puberty. These change may be listed as below:
1. There is sudden increase in the height of both boys and girls. However, both reach their maximum height at the age of 17 to 18 years.
2. The voice of boys become hoarse and that of girls become shrill.
3. Shoulders become broader and muscles grow more prominently in boys. In girls, the regions below the waist becomes wider.
4. Hair start growing in different parts of boys and girls.
5. In most of the teenagers, due to increased secretion of sweat and sebaceous gland, get acne and pimples on their face.
6. Onset of puberty brings changes in secondary sexual characters in both male and female.
7. Boys and girls become capable of reproduction.
8. In girls, menstruation starts.
9. Different types of hormones start to release in initiating a reproductive function.

Question 5.
Prepare a table having two columns depicting names of endocrine glands and hormones secreted by them

Question 6.
What are sex hormones? Why are they named so? State their function.

Question 7.
Choose the correct option.
(a) Adolescents should be careful about what they eat, because:
(i) proper diet develops their brains.
(ii) proper diet is needed for the rapid growth taking place in their body.
(iii) adolescents feel hungry all the time.
(iv) taste buds are well developed in teenagers.

Answer:
(a) Adam’s apple: During puberty, a change in the voice of boys and girls takes place due to increase in the size of the voice box or larynx. In boys, the voice box tends to protrude out on the upper part of the neck, below the chin and is often referred to as Adam’s apple.

(c) Sex determination in the unborn baby: The sex of a child, i.e., whether it is a male or a female is determined at the time of fertilisation when a male gametes fuse with a female gamete. All human beings have 23 pairs of chromosomes in the nuclei of their cells. Two chromosomes out of these are sex chromosomes. A female has two X chromosomes, while a male has one X and one Y chromosome. The gametes (egg and sperm) have only one set of chromosomes. The unfertilised egg always has one X chromosome. 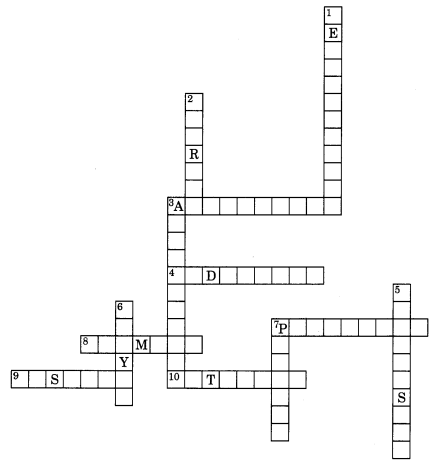 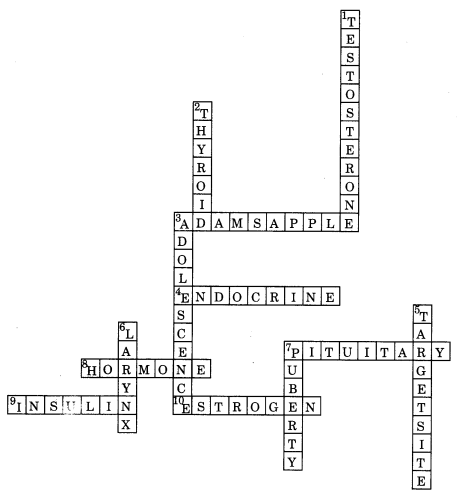