1. Displacement Current The current which comes into play m the region in which the electric field and the electric flux is changing with time. It is given by

2. Need for Displacement Current Ampere’s circuital law for conduction current during charging of a capacitor was found inconsistent. Therefore, Maxwell modified Ampere’s circuital law.
3. The displacement current produces in space due to change of electric flux linked with the surface. This reveals that, varying electric field is the source of magnetic field.
4. Maxwell’s Equations of Electromagnetic Waves Maxwell’s equations are the basic laws of electricity and magnetism. These equations give complete description of ail electromagnetic interactions.
There are four Maxwell’s equations which are explained below: 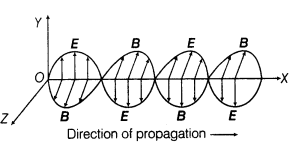 9. The energy in electromagnetic wave is divided on average equally between electric and magnetic fields. 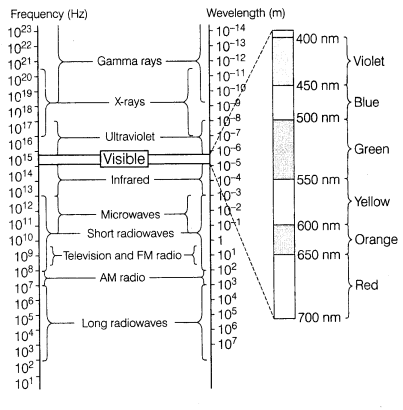 13. Elementary facts about the uses of electromagnetic waves
Radio waves
(i) In radio and TV communication.
(ii) In astronomical field.
Microwaves
(i) In RADAR communication.
(ii) In analysis of molecular and atomic structure.
(iii) For cooking purpose.
Infrared waves
(i) In knowing molecular structure. (ii) In remote control of TV VCR, etc.
Ultraviolet rays
(i) Used in burglar alarm. (ii ) To kill germs in minerals.
X-rays
(i) In medical diagnosis as they pass through the muscles not through the bones.
(ii) In detecting faults, cracks, etc., in metal products,
γ-rays
(i) As food preservation. (ii) In radiotherapy.
14. The optical effect is produced by electric field vector of the electromagnetic waves. 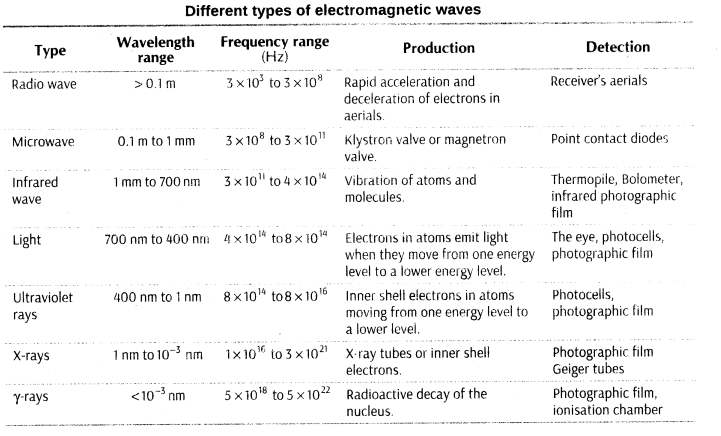