3. Range: The difference between the highest and the lowest values in the data is called the range of the data.
Range = Highest value – Lowest value

To make the data more understandable, we write it in a table as given below 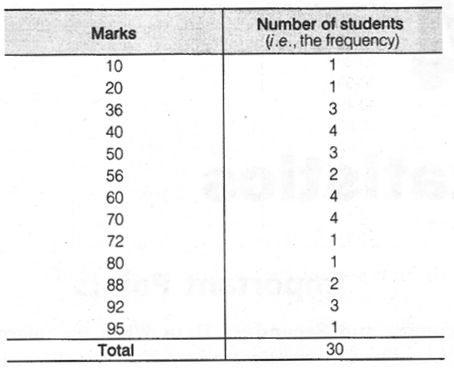 Using tally marks, the above data can be condensed in a tabular form as follows

(ii) Histogram: A histogram is a graphical representation of a grouped frequency distribution with continuous classes. The steps of. construction are as follows

Since there are no gaps in between consecutive rectangles, the resultant graph appears like a solid figure. This is called a histogram.
Note: 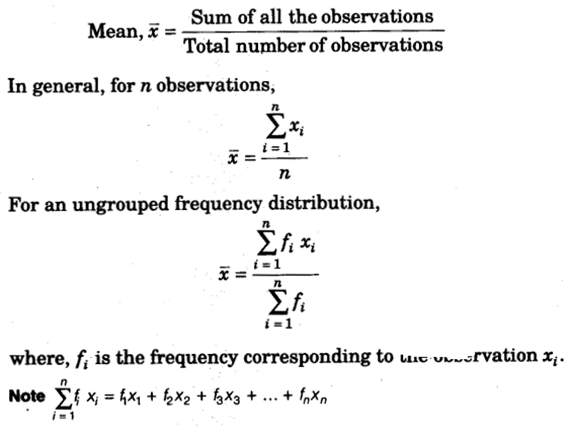 is the mean of n1 observations and

is the mean of n2 observations, then their combined mean is

) th observation.
(ii) When the number of observations (n) is even, the median is the mean of the (

11. Mode: The mode is that value of the observation which occurs most frequently, i,e., an observation with the maximum frequency is called the mode.
Extreme values in the data affect the mean. The median and mode are not affected by extreme values present in the data.