The universal law of gravitation: Every object in the universe attracts every other object with a force which is proportional to the product of their masses and inversely proportional to the square of the distance between them.
The force is along the line joining the centres of two objects.

Let two objects A and B of masses M and m lie at a distance of d from each other as shown in the figure.
Let F be the force of attraction between the law of gravitation

G is called a universal constant because its value does not depend on the nature of intervening medium or temperature or any other physical variable.
S.I. unit of G = Nm2/kg2
Value of G = 6.673 x 10-11 Nm2/kg2 (Found by Henry Cavendish)

Freefall
When an object falls down towards the earth under the gravitational force alone, we say the object is in free fall.
The velocity of a freely falling body changes and is said to be accelerated. 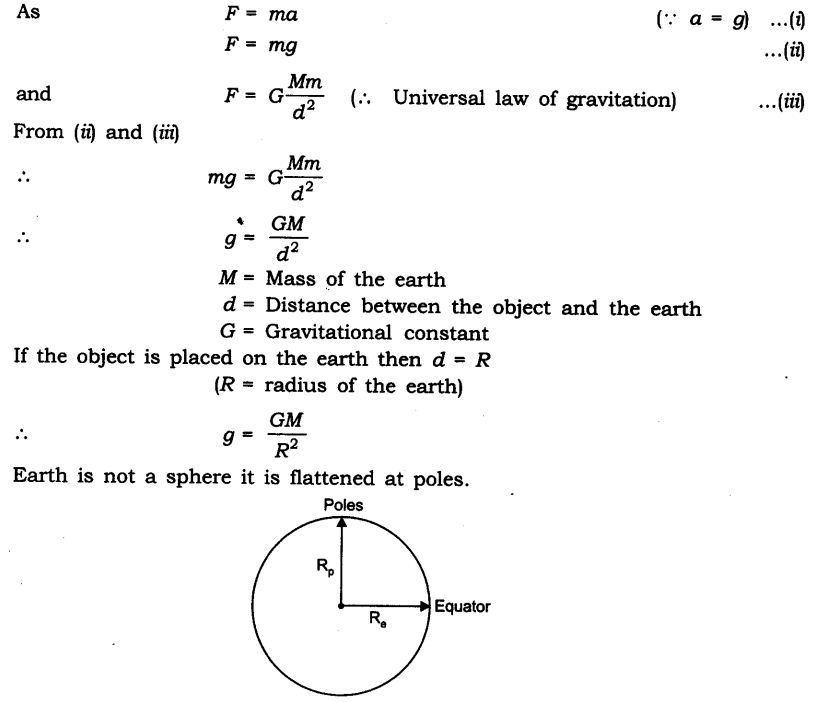 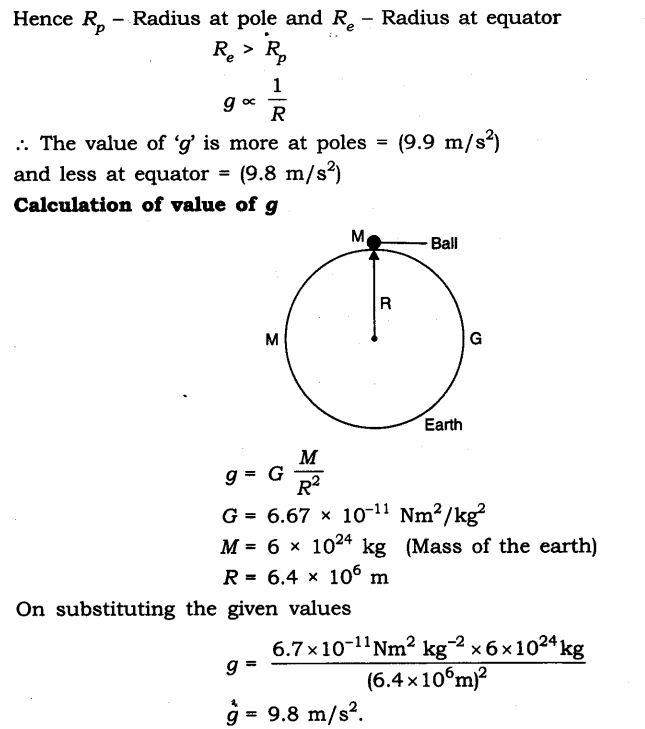 The motion of objects under the influence of gravity ‘g’ does not depend on the mass of the body. All objects small, big, heavy, light, hollow or solid fall at the same rate.

The three equation of motion viz.

If an object is projected vertically upward with an initial velocity u, then a = – g = – 9.8 ms-2 and the object will go to a maximum height h where its final velocity becomes zero (i.e., v = 0).

Mass: Mass of an object is the measure of its inertia. It is the matter present in it. It remains the same everywhere in the universe.
Weight: The force of attraction of the earth on the object is known as the weight of the object. It’s S.I. unit is Newton.
W = m x g 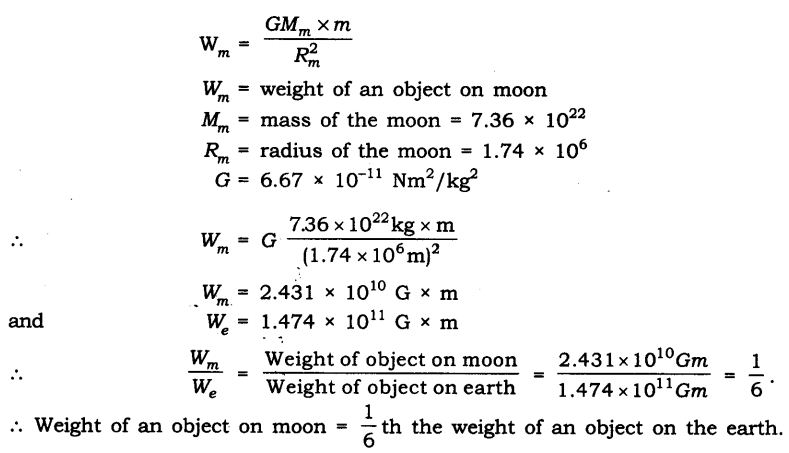