States of Matter: It has 3 states. 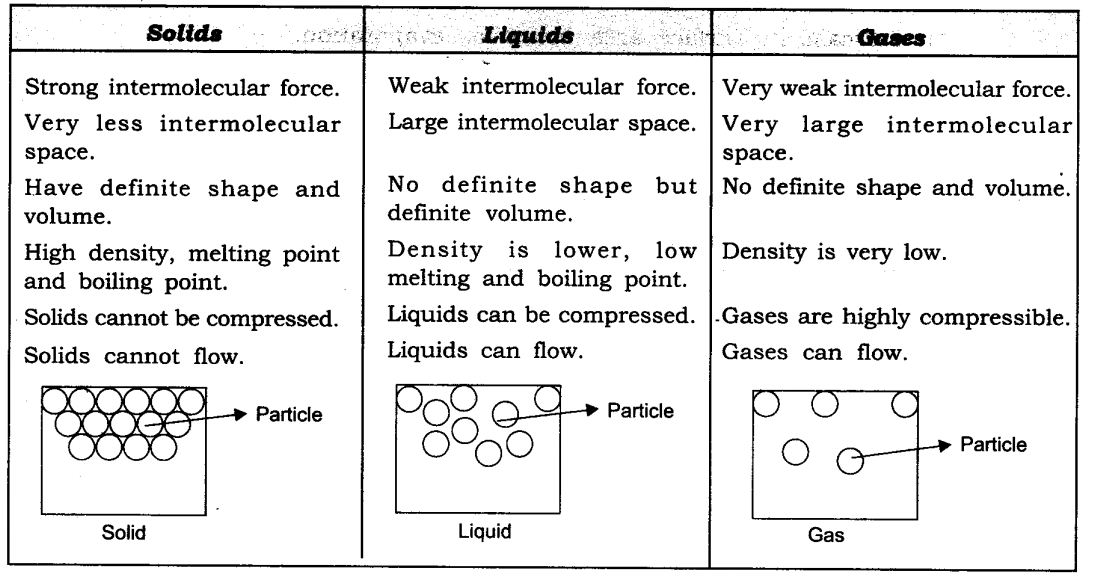 Matter can change its state from solid to liquid and from liquid to gas and vice-versa.

Effect of temperature: On increasing the heat, the particles gain energy and start vibrating with greater energy. Due to increased kinetic energy the particles overcome the force of attraction and a new state is obtained.

Melting point: The temperature at which a solid melts to become a liquid at the atmospheric pressure is called its melting point.

Boiling point: The temperature at which a liquid starts boiling at the atmospheric pressure is known as its boiling point. Boiling is a bulk phenomenon.

Evaporation: The phenomenon of changing of a liquid into its vapour state at any temperature below its boiling point is called evaporation. Evaporation is a surface phenomenon.

Some measurable quantities and their units