A sound is a form of energy which produces a sensation of hearing in our ears.

Propagation of Sound: Sound is produced by vibrating objects.

Medium: The matter or substance through which sound is transmitted is called a medium. It can be solid, liquid or gas. Air is the most common medium for sound propagation. 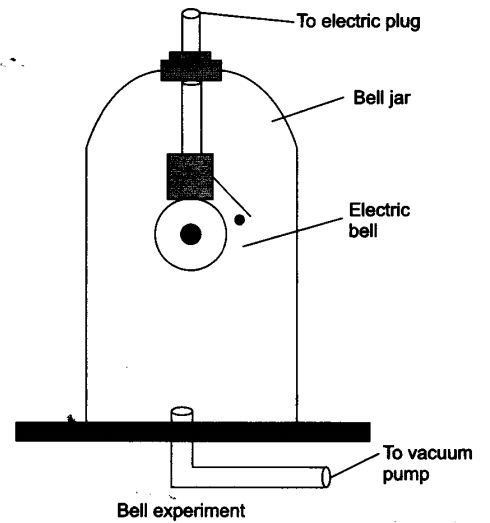 Observation: Sound of bell can be heard when air is inside the jar. When air is taken out then sound cannot be heard.

Conclusion: This shows that presence of medium is necessary for propagation of sound waves.

Amplitude: The magnitude of the maximum disturbance in the medium on either side of the mean value is called the amplitude of the wave. It is usually represented by the letter A. Its unit is meter.

Speed of sound: It is the distance which compression or a rarefaction travels per unit of time.

So, Speed = Wavelength Frequency
The speed of the sound remains almost the same for all frequencies in a given medium under the same physical condition.
Speed of Sound in Different Media at 25° C. 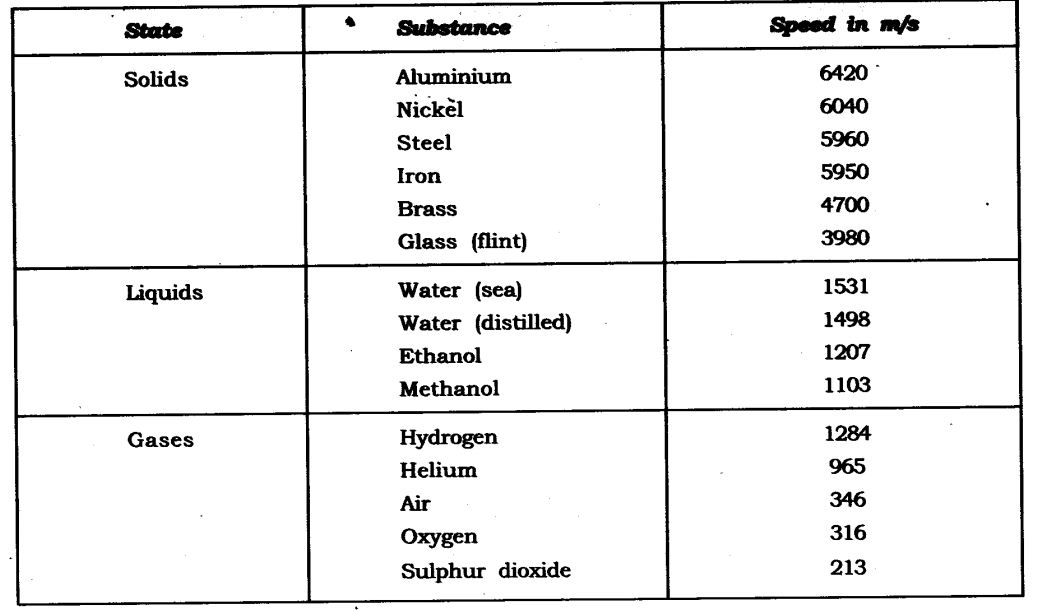 Reflection of Sound: Sound reflects off a surface in the same way as light reflects and follows same rules of reflection. The incident sound and the reflected sound make equal angles with the normal and all three are in the same plane.

Echo: In bigger monuments and in large empty halls you can hear reflections of your sound after you speak something. This effect is known as echo. The sensation of sound persists in our brain for 0.1 seconds, so to hear echo the time difference between original sound and reflected sound should be more than that.
As you know speed of sound in air is = 344 m/s And 344 x 0.1 = 34.4 metre
So, the minimum distance required to hear an echo from a reflecting wall or surface should be half of 34.4, means it should be 17.2 metres.

Reverberation: Repeated reflections of sound results in persistence of sound and is called reverberation.

Use of Reverberation of Sound: Following instruments use this property of sound: