Work: When a force acts on an object and the object shows displacement, the force has done work on the object.
Two conditions need to be satisfied for work to be done:
(i) A force should act on object
(a) The object must be displaced
Work = Force x Displacement Unit of workdone = Joule = Newton x metre 1 Joule work is said to be done when 1 Newton force is applied on an object and it shows the displacement by 1 meter. 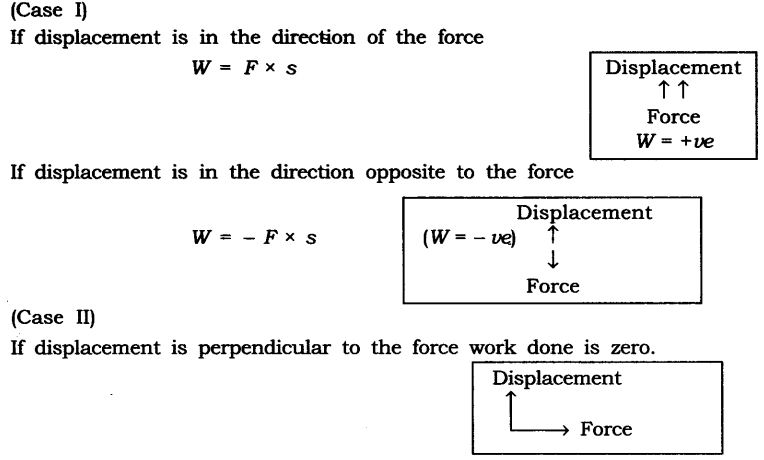 Energy
The capacity of a body to do work is called the energy of the body.
Unit of energy = Joules 1KJ = 1000 J

Kinetic Energy: Energy possessed by a body due to its motion. Kinetic energy of an object increases with its speed.
Kinetic energy of body moving with a certain velocity = work done on it to make it acquire that velocity

Derivation
Let an object of mass m, move with uniform velocity u, let us displace it by s, due to constant force F, acting on it 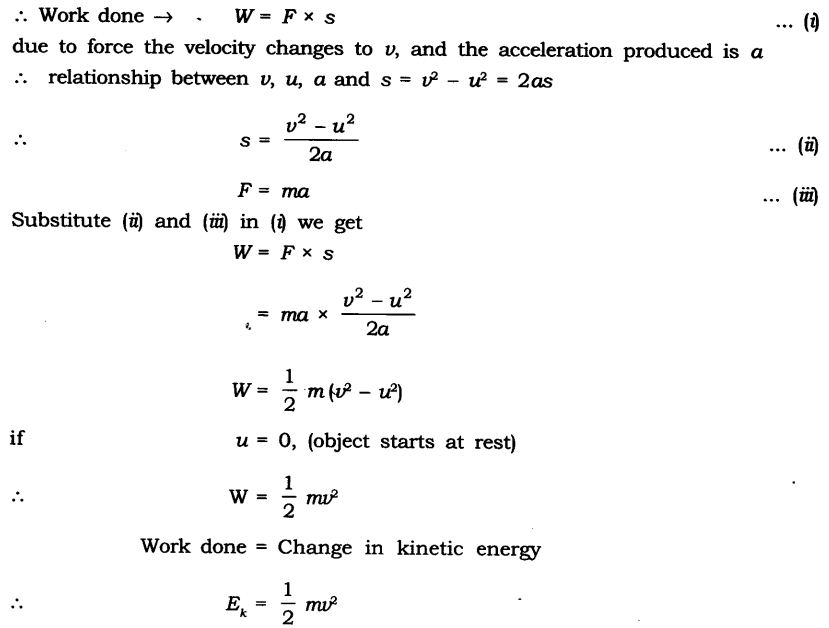 Potential Energy
The energy possessed by a body due to its position or shape is called its potential energy.
shape

Gravitational Potential Energy: (GP)
When an object is raised through a height, work is said to be done on it against gravity.
The energy possessed by such an object is called the gravitational potential energy.

GPE = work is done in raising a body from the ground to a point against gravity.
Derivation 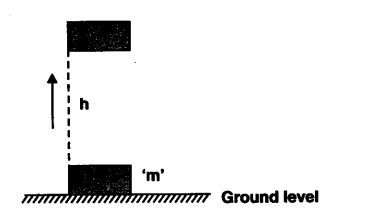 Consider a body with mass m, raised through a height h, from the ground, Force required to raise the object = weight of object mg.
The object gains energy to the work done on it. 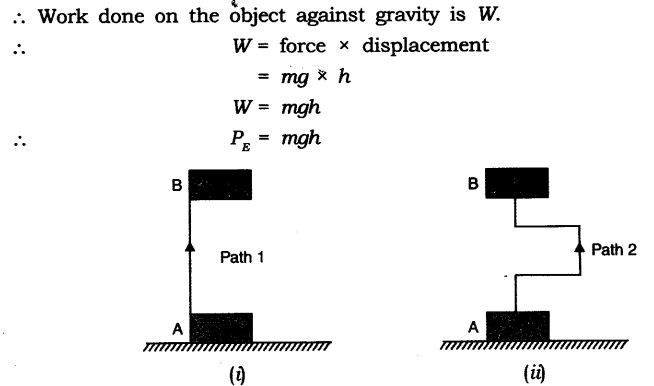 Work done in both the cases (i) and (ii) is same as a body is raised from position A to B, even if the path taken is different but the height attained is the same.

Law of Conservation of Energy:
Energy can neither be created nor destroyed, it can only be transformed from one form to another. The total energy before and after transformation remains the same.