Question 1. Choose the right answer from the four alternatives given below

(i) Which one of the following describes the drainage patterns resembling the branches of a tree?

(ii) In which of the following states is the Wular Lake located ?

(iii) The river Narmada has its source as

(iv) Which one of the following lakes is a salt water lake?

(v) Which one of the following is the longest river of peninsular India?

(vii) Which one amongst the following rivers flow through a Rift Valley?

(i) What is meant by a water divide? Give an example

Answer Any elevated area such as a mountain or an upland that separate two drainage basins is called a water divide. An example are the Western Ghats.

(ii) Which is the largest river basin in India?

Answer The Ganga Basin is the largest river basin in India.

(iii) Where do the rivers Indus and Ganga have their origin?

Answer The river Indus rises in Tibet. near lake Mansarovar. and the Ganga originates at the Gangotri Glacier. Both of them have their origin in the Himalayas.

(iv) Name the two headstreams of the Ganga. Where do they meet to form the Ganga?

Answer The two head streams of the Ganga are the Bhagirathi and Alaknanda. They meet at Devprayag in Uttarakhand to form the Ganga.

(v) Why does the Brahmaputra in its Tibetan part have less silt, despite a longer course?

Answer In TIbet. the river Indus known as Tsang Po carries a smaller volume of water and less silt as it is a cold and dry area.

In India. the river carries a large volume of water and considerable amount of silt because it passes through a region of high rainfall.

(vi) Which two peninsular rivers flow through a trough ?

Answer Narmada and Tapi are two peninsular rivers, which flow through a trough.

(vii) State some economic benefits of rivers and lakes.

Question 3. Below are given names of a few lakes of India. Group them under two categories natural and created by human beings.

Question 4. Discuss the significant difference between the Himalayan and the peninsular rivers.

Answer Difference between the Himalayas and Peninsular rivers are as follows 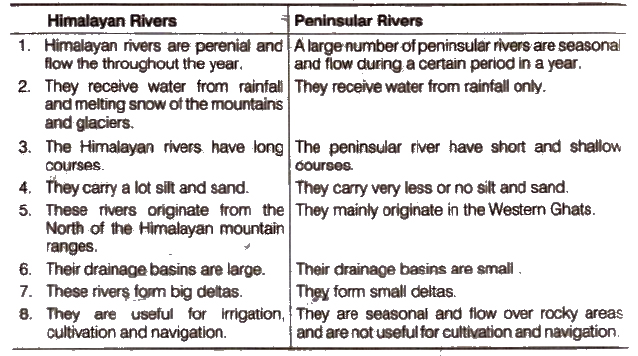 Question 5. Compare the east flowing and west flowing rivers of the Peninsular plateau.

Question 6. Why are rivers important for the country’s economy?

Answer Rives are important for the country’s economy because water from the rivers is a basic natural resource essential for various human activities. These are 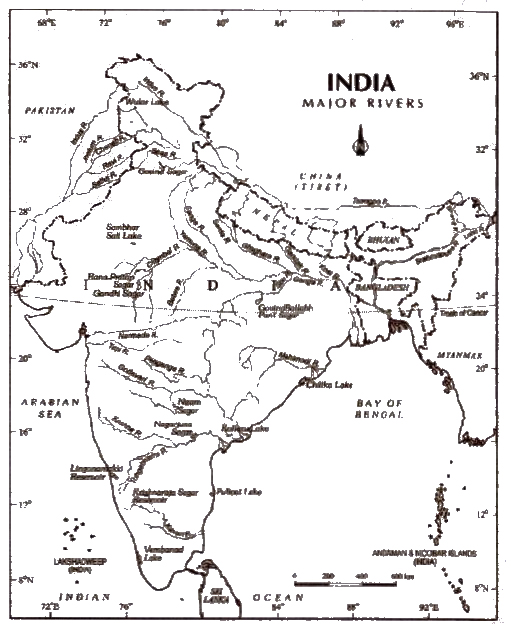 Solve this crossword puzzle with the help of given cluses. 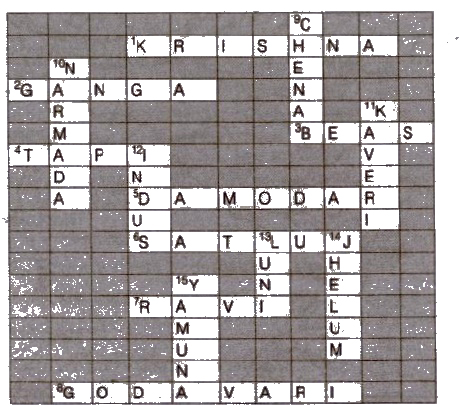