Yarn: Yarn is defined as a long, twisted and continuous strand composed of interlocked fibres or filaments which are used in knitting and weaving to form cloth.

Fibres: The thin threads or filaments which form a yarn are called Fibres.

Where do fibres come from?

Fibres can be broadly classified into two broad categories: 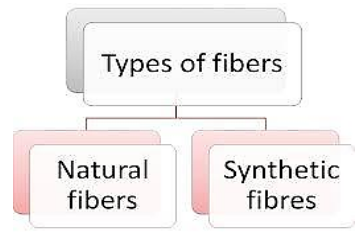 Natural Fibres: Fibres that come from plants and animals i.e. are found in nature are called Natural Fibres. Examples:

1. We get jute and cotton from plants.

3. Silk fibre can be procured from the cocoon of silkworms.

Synthetic Fibres: Fibres that are made of chemical substances i.e. substances not found directly in nature are classified as synthetic fibres. Examples include nylon, acrylic and polyester. 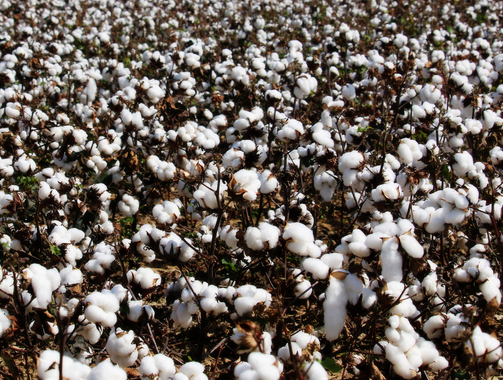 A field of cotton

Where does cotton wool come from?

Cotton plants are grown in fields usually at places having a warm climate and black soil.

Cotton plants bear fruits the size of a lemon called Cotton Balls which burst open upon maturing and the seeds wrapped up in cotton fibre become visible. Cotton is generally picked by hand from these balls.

Ginning: Ginning of cotton can be defined as the process of separating cotton fibres from cotton seeds. Traditionally, ginning used to be done by hand but these days machines called double roller cotton ginning machines are widely in use.

In the above figure, we see a boy ginning by hand. 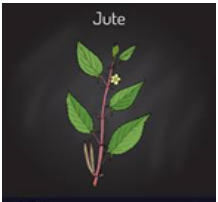 1. Jute fibre is obtained from the stem of the plant.

2. Unlike cotton, jute is cultivated in the rainy season.

4. The plant is harvested during its flowering stage.

5. The stems of these harvested plants are then soaked in water for four to five days

6. The stems are left to rot and then the fibres are picked out by hand.

Yarn: Yarn is the spun thread that is made from fibres in order to produce a fabric.

Spinning: Spinning is the process of constructing yarn from fibres in which fibres from a huge heap of cotton wool are taken out and twisted which brings them together to form a yarn.

There are two major devices called Takli which is a hand spindle and Charkha which is also a hand-operated device, are used for spinning.

The spinning of yarn on a bigger scale is done using spinning machines following which these yarns are used to weave fabric.

Khadi was the term used to denote clothes which were made from homespun yarn.

There are two major ways using which yarn is converted to fabric, namely, Weaving and Knitting.

The above figure represents the process of weaving.

Knitting: Knitting is the process by which a single strand of yarn is used to make a piece of fabric. Socks, sweaters, mufflers and a lot of other winter clothes are made of knitted fabrics. Knitting can be done by hand as well as by machines.

1. In earlier times, when people did not have access or the knowledge to process fibre, big leaves and the bark of trees were used by people to cover themselves.

2. After settlement began in agricultural communities, they learnt how to weave. They used grass and twigs to make mats and baskets. Animal hair or fleece and vines were warped together into stretched out strands which were then woven into fabrics.

3. There was an abundant growth of cotton in areas near Ganga, which the early Indians readily used to make fabrics for themselves.

4. There is another plant named flax which yields natural fibres.

5. The early Egyptians cultivated both cotton and flax and used them for creating fabrics. These plants grew near the river Nile.

6. But in those days, people were not aware of the process of stitching. They simply used to wrap around the fabric around different parts of their bodies. Even today unstitched clothes like sarees, dhotis, lungis or turbans are widely in use.

7. It was with the advent of the sewing needle that people learnt how to stitch fibres to make fabric.