Introduction to Electricity and Circuits

Electricity has become so common that sometimes we forget its immense applications.

(i) Light in our houses, offices, roads etc. even past sunset

Features of an Electric Cell:

(i) It is a small cylindrical structure which helps in operating the devices.

(ii) A small metal cap is placed on one side and a metal disc is present on the other side.

(iii) All cells have two terminals: Positive and Negative.

(iv) The metal cap and metal disc are positive (+) and negative (-) terminals of the electric cell respectively.

(v) Chemical energy is converted into electrical energy inside a cell. When the chemicals are exhausted, the cell stops working.

Features of an Electric Bulb:

(i) The outer covering is glass and the base is metallic.

(ii) The part of the bulb which glows is called Filament and is made up of tungsten. 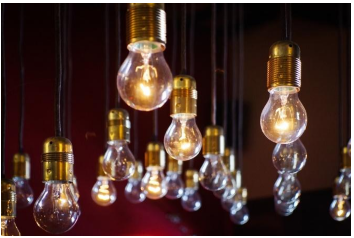 Consider an electric cell and a bulb. The terminals of the cell are connected to the terminals of the bulb by the means of electric wires. Such an arrangement of cell and bulb is called an Electric Circuit. The circuit is said to be complete in this case because of which electricity will flow and the bulb will glow.

One should be careful while setting up an electric circuit. It should be done under supervision. 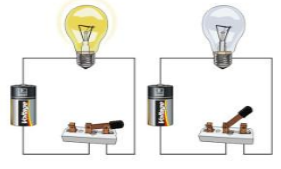 Fig 4: Switch on and off respectively

Conductors – Materials that allow electricity to flow through them easily.

Insulators – Materials that do not allow electricity to pass through them.

1. Human body is a conductor, so touch a current carrying wire is detrimental and so insulating it prevents from an electric shock.

2. Some examples of conductors are: Metals like copper, Iron

3. Some examples of insulators are: Rubber, Plastic 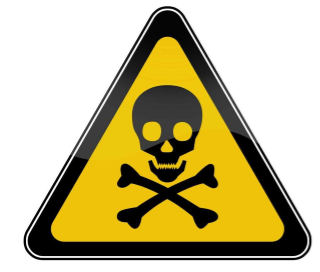 This sign is used in areas which are near electric junctions as a warning.