Garbage is defined as the items or materials that need to be discarded because they no longer serve any purpose for us or are of no use to us.

Tonnes of garbage and is generated by us on a daily basis. Garbage is often associated with a pungent smell and a large amount of garbage may release fumes which are not healthy. Hence, we put such items in dustbins to be taken to faraway places so that our surroundings are clean and healthy.

Waste is generated by all of us and has four main sources:

Domestic: These constitute the kind of wastes that are generated by households, offices schools etc. and include food remains, fruit and vegetable skins, clothing items, used plastic items etc.

Industrial: These constitute the kind of wastes generated by power plants, chemical plants, cement factories, food processing industries, textile industries, each producing waste specific to the kind of industry they are a part of.

Agricultural: This constitutes the kind of waste that is produced by undertaking agricultural activities husks, expired medicines, fertiliser and pesticide containers etc.

Not all garbage can be classified as useless as there very well are products which can be reused or recycled. When garbage is taken away by the municipality, it is taken to a low lying and open area known as a landfill. Here, garbage is separated into two categories: the items that can be used again for some other purpose and items that cannot be used. The latter is then spread over the landfill and covered with a blanket of soil. Once full, it is converted into a playground or a park. 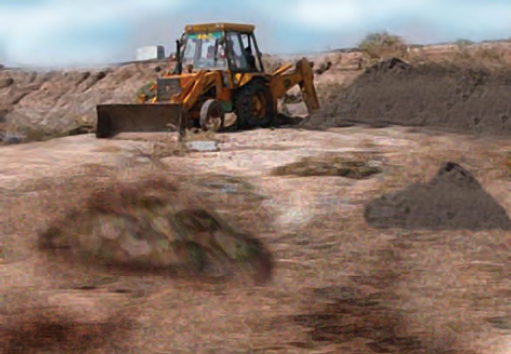 The useful components of the garbage can usually be classified into two categories: biodegradable and non-biodegradable wastes.

(a) Biodegradable wastes are items such as egg shells, vegetable and fruit skin, tea leaves, waste food etc. which can be mixed with soil and roots over time by the action of certain microorganisms. This is usually not accompanied by a pungent smell. Now this mixture of soil and rotten organic materials can be used as manure to provide nutrients to the plants. This process of conversion of biodegradable waste into manure for plants is known as composting.

(b) Non-biodegradable waste comprises of items that do not rot over time by the action of microorganisms. Examples of such items are metal scraps, plastics, glass etc.

Apart from these, there is another category of non-biodegradable waste also known as electronic waste or e-waste that is composed of electrical appliances or components that no longer serve their specified function and are hence needed to be reused, re-sold, recycle or disposed off. These are non-biodegradable as no action by any microorganism is effective in breaking them down. 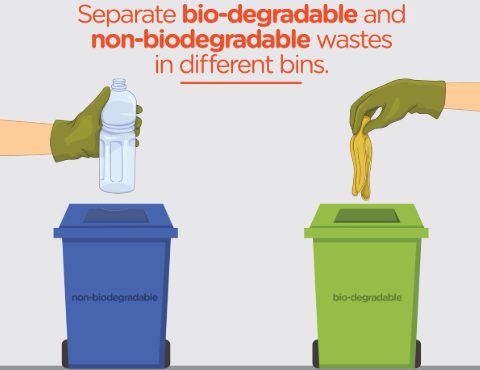 Garbage should be allowed to be processed by the authorities and not burnt because the burning of garbage releases toxic fumes which are harmful to the health of everybody.

(i) Vermicomposting is the process of conversion of biodegradable waste into manure with the help of a special type of earthworms called red worms.

(ii) A layer of sand or chicken mesh is used as the base to which all types of biodegradable waste including dried leaves, husk, vegetable peels and remnants of fruit, dried animal excreta newspaper, cardboard etc. A little water is sprinkled on this layer. On preparing this mixture, add the red worms to it and covered with a layer of grass or a sheet of cloth.

(iii) The work, however, is not done yet. Red worms need to be fed. They do not have teeth. They have what is called a gizzard. This helps the worms grind their food.

(iv) Fruit and vegetable remains, tea leaves, grass etc. act as food for the red worms and should be buried 2-3 cm deep in the soil. In a day, a worm can eat up as much food as it weighs.

(v) However, pickles, milk, vinegar and salty materials might help in the growth of disease-causing microorganisms and hence should not be added to the pit.

(vi) They should not be kept in a very hot or a very cold environment. Red worms need care and water. They have the potential to double up in a month’s time, given proper nourishment and care. 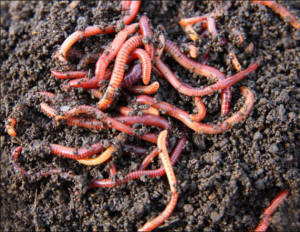 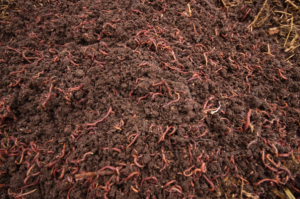 The compost gets ready in three to four weeks’ time.

Recycling paper on a small scale is a relatively easy process. All we need to do is tear up the paper in small pieces in a bucket and pour water in it. Let it rest for a day and pound it to make a thick paste out of it. Spread this evenly over a wire mesh to allow the water to drain water. Peel this layered paste and then allow it to dry in the sun. Paper is ready.

The plastic problem is mounting day by day. A huge amount of plastic is thrown away carelessly on the street and in water bodies and such irresponsible disposal of plastic can cause a number of problems:

(i) Animals and birds alike, in search of food, end up consuming some amounts of plastic due to which many of them end up choking on these.

(ii) Although plastic bags seem convenient to store food items, consuming these are very harmful to our health.

(iii) It gets worse when dirty and thrown away plastic bags are re-used upon mere dusting and washing them which is also very harmful.

(iv) Upon burning or heating, plastics give rise to toxic and dangerous fumes and gases, which can potentially cause cancer in humans.

(v) Careless disposal of plastic on the roads also ends up choking the sewer and drainage systems. 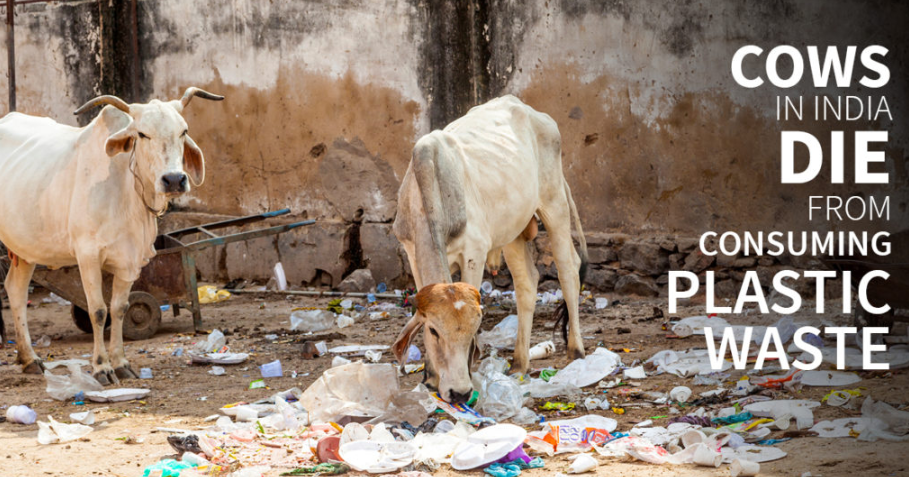 Image 6: The plastic problem is very harmful for all beings alike

Plastic, while very harmful for the environment has become a very indispensable part of our daily lives and hence it becomes all the more difficult to replace or in some cases, even cut-back on our plastic consumption. Plastics have a lot of characteristic features which give it an edge over its metal counterparts.

Bioplastics have hence emerged as the most environment-friendly version of plastics which are made of biodegradable items such as corn starch, vegetable fats and oils and other kinds of food waste. Bioplastics take about three to six months to be decomposed fully as opposed to several hundred years taken by their synthetic counterparts.

After learning so much, it should be everyone’s top priority to do their bit in saving the environment:

(a) 3Rs- Reduce, Re-use and Recycle. Reducing the use of plastic and re-using harmless plastic to help reduce its over-production. Recycling paper and such articles whenever possible.

(b) Carrying jute and cloth bags when carrying out errands to avoid the use of polythene bags.

(d) Not using plastic products and bags to store eatables.

(f) Using registers and notebooks made of recycled paper as much as possible.

(g) Avoid putting waste materials in polythene bags and throwing them on the street.

(h) Adopting practices like recycling paper and vermicomposting to make the best use of biodegradable waste. This not only helps to reduce the waste that we produce but also becomes a valuable addition to the soil and helps in the nourishment of crops and plants. 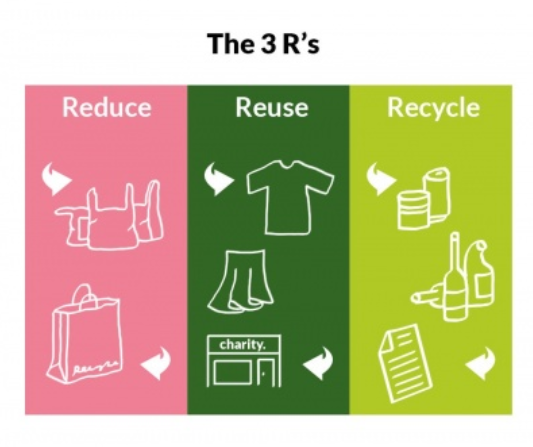