Triangle ABC is the given triangle.

(a) Identify three triangles in the figure.

(b) Write the names of seven angles.

(d) Which two triangles have ∠B as common? 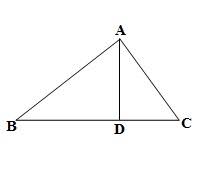 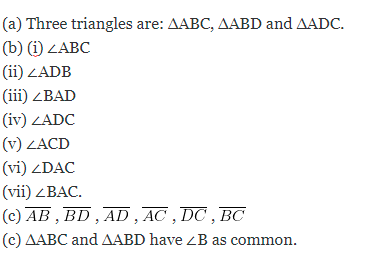